Previewing the DFB-Pokal quarter-final against Regensburg

It’s here: the anticipated cup quarter-final against Regensburg will take place on Wednesday evening at the Jahnstadion (18:30 CEST). The positive efforts from the Stuttgart match need a better outcome to match this time. “Fundamentally I was pleased with the performance, but we had to take advantage of a few situations better,” said Florian Kohfeldt ahead of the clash with the Bundesliga 2 side. “In weeks like this you have to keep going and remain consistent.”

The squad: Josh Sargent was banned at the weekend but  will be back in the squad in Regensburg. The Green-Whites must do without Niclas Füllkrug, though. The striker suffered a broken toe against Stuttgart and will be out for the time being. Milos Veljkovic (thigh problem) is also not ready to feature. Kohfeldt can, however, build around defensive leader Ömer Toprak. The centre-back needed treatment on his shoulder on Sunday but will be available for the cup clash.

"We have to take on our role" 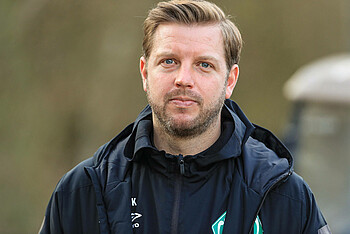 Kohfeldt and his side want to live up to expectations (nordphoto).

The head coach’s thoughts: Florian Kohfeldt knows that his team are going into the match as favourites but warns of a difficult game: “Regensburg will be brave on the day and they will definitely want to play football.” The 38-year-old expects them to use a system that focuses on defending well and looking to counter: “We know that Regensburg are a tough opponent, they use a good Gegenpress. They are really fit and are defined by their intensity in matches. There can be no excuses.” Despite The loss against Stuttgart, he sees a “focused and concentrated attitude” among his players. “We have to take on our role as favourites, but we can’t let ourselves underestimate Regensburg at all. We have to give it everything in order to live up to expectations tomorrow."

Last meeting: SV Werder and SSV Jahn Regensburg last faced of 17 years ago. It was another cup tie back in August 2004, and the Green-Whites were able to come out on top. A brilliant 2-0 victory in the first round saw us progress in the competition. Goals from Johan Micoud (62’) and Ivan Klasnic (90’) lead the way in a season in which we would go on to lift the trophy.

Great desire from both sides 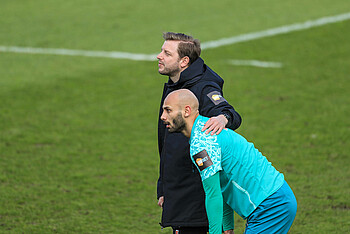 Kohfeldt can rely on Toprak for the Pokal quarter-final (nordphoto).

Previous round: SVW progressed through the last 16 with a 2-0 win at home to Greuther Fürth. Kevin Möhwald scored after 12 minutes before Felix Agu wrapped things up with a little over 15 minutes left to play. The match against Regensburg will be the second consecutive task against a second-tier side. Our opponents were able to knock out a Bundesliga team in their match against Köln (4-3 on penalties). In the previous round, Regensburg progressed thanks to another penalty shootout.

Ending a poor run: After three defeats in a row, Werder want to get back to winning ways on Wednesday. It’s also a chance to build up some confidence ahead of the upcoming Bundesliga match against Leipzig. “The cup is of huge importance for us. It’s a competition in which we can achieve a lot in a short space of time,” said Kohfeldt. After a coronavirus-enforced break, The hosts have returned to action with two draws and a loss. “Obviously it’s a disadvantage not to be able to train for two weeks, but Regensburg look fit and their game is defined by their desire,” Werder’s head coach said.

“We have to continue to work hard and give it ev ...

Relegation battle is a psychological test

04.05.2021 / First Team
Your web browser ist outdated.
The web browser you are using is no longer supported.
Please download one of these free and up to date browsers.
Why should I use an up to date web browser?