On the hunt for an away win!

Preview of the trip to Ingolstadt

Werder’s next competitive game is this Saturday (11/9/21, 13:30 CEST) away to FC Ingolstadt 04. Head coach Markus Anfang is certain that it won’t be an easy match against the promoted side: “Our aim is clear. We’re travelling to Ingolstadt to take all three points!”

Team news: After a short absence, Ömer Toprak has trained with the rest of the team over the last few days and is an option for Ingolstadt. Definite absentees are Leonardo Bittencourt (knee), Felix Agu and Oscar Schönfelder. New signing Mitchell Weiser is available for Markus Anfang and could make his competitive debut for SVW, while all players who were away on international duty could feature.

Markus Anfang: “We have the chance to show what we’ve learned” 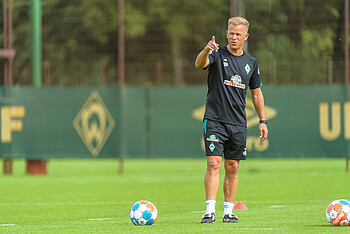 The head coach on the game: Markus Anfang is expecting “no easy” game. “Ingolstadt play a lot of long balls. They are aggressive and play with a high press,” he reported. Nevertheless, the 47-year-old has an idea of how to counteract their style of play. “We will need to remain patient and occupy the space. We can’t lose the midfield battle and get outnumbered.” Anfang is confident ahead of the matchday 6 clash: “We have the chance to show what we’ve learned from the Paderborn game. I’m certain that the lads will put this into practice and play well. Our aim is clear. We’re travelling to Ingolstadt to take all three points!”

The last meetings: SV Werder Bremen and FC Ingolstadt 04 have met four times so far, with both sides recording two wins each. The last clash came on 22nd April 2017 on matchday 30. That day, SVW won 4-2 on the road despite going behind to a Dario Lezcano goal (32’). A Max Kruse penalty (45’) levelled things before Pascal Groß converted another spot-kick to make it 2-1 (62’). It took Werder until the dying stages to mount a comeback. Kruse initially equalised (81’) and then incredibly scored two more goals (87’, 94’) to secure the win!

Remain compact and build on Rostock 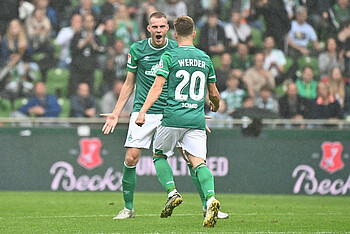 Ingolstadt weak at home: The promoted side haven’t enjoyed the best of starts to the season, picking up just four points from their first five games. They only managed their first win of the campaign last time out, beating SV Sandhausen 2-0. FCI have collected just a point from their first two home matches of 2021/22, their worst return since 2017/18 (0 points back then).

Strong at the back, generally improved: Werder have kept a clean sheet in their last two matches, as well as in the friendly during the international break against Heracles Almelo. The 3-0 win over Hansa Rostock last time out in the league was SVW’s first victory in Bremen since 26th February 2021. Another positive is Markus Anfang’s record against Ingolstadt. He has picked up three wins and a draw from four meetings, and he averages more points per game against FCI than versus any other current second-division side.