What numbers will the new signings wear? And which Werder players wore them in the past?

The new Bundesliga season is fast approaching and the preparations are well underway at SV Werder. A new season means new players and new players mean new squad numbers. The likes of Amos Pieper and Niklas Stark will have the chance to wear their new squad numbers on Saturday 25th June (16:00 CEST), when Werder face VfB Oldenburg in a friendly. Before that, however, we look back at which former Werder players wore the squad numbers that the new players will adorn in the new season. 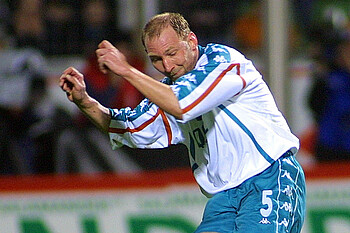 Amos Piper will wear the number five next season. The former Bielefeld man is taking the torch from Ludwig Augustinsson, who wore this number from 2017 to 2021 and was the last Werder player to do so. Dieter Eilts wore the number five for almost a decade, longer than any other player in the club’s history. Other famous number fives include Assani Lukimya and Wesley.

Niklas Stark, who signed from Hertha BSC this summer, will wear the number four this season. This number, which is associated with defenders, has been worn by the likes of Naldo and Rune Bratseth in the past. Midfielder Fabian Ernst also adorned the number four jersey for several years, as did striker Claudio Pizarro in his penultimate year at the club. 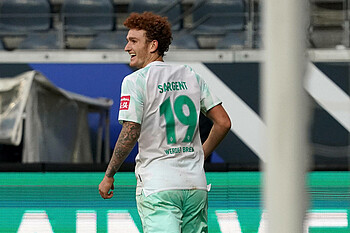 Werder’s new youngster Dikeni Salifou will wear the number 19 next season. Young talents such as Josh Sargent and Luca Zander have also worn this number in the past. Viktor Skripnik, who after his active playing career at Werder went on to take up various coaching positions in the youth set-up and went on to coach the first team for just under two years, wore the number 19 jersey for eight years.