This weekend’s trip to TSG Hoffenheim isn’t just a battle with Werder Bremen’s neighbours in the Bundesliga table – it also marks the start of a crucial phase of the campaign. “The next two and a half weeks will be very important for our season,” underlined Florian Kohfeldt at his pre-match press conference. “No one here is taking anything for granted. We’re all well aware that we’re entering crunch time,” added the SVW boss. As usual, WERDER.DE has outlined everything you need to know ahead of Sunday’s Bundesliga return fixture against Hoffenheim, which kicks off at 18:00 CET.​​​​​​​

Team news: The Werder head coach was unable to definitively say who would and would not be available to him in Sinsheim. Kohfeldt is optimistic about Marco Friedl, Milos Veljkovic and Ludwig Augustinsson’s chances, but the final decision will be a last-minute one. Patrick Erras will remain sidelined, however. Everyone else is available for selection.

Kohfeldt: “I’m not under any illusions” 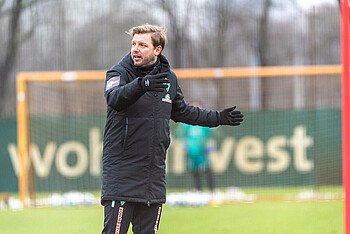 The boss’ thoughts: Florian Kohfeldt hasn’t got any concerns about his players’ mindset of late. “There’s the right amount of friction, in a positive sense. Every training session in the last couple of weeks has been excellent,” said the coach, praising the character his players have shown as they prepare to face Hoffenheim. “It’s an important game for us, also in context of the table,” noted Kohfeldt. After being solid at the back lately, it’s about producing more combination play. “We will need to be the more active side and dictate the play, but we also have to look to win the ball back quickly.” It won’t be an easy task against Sebastian Hoeneß’ Hoffenheim side though. “They have a lot of quality players in attack. Playing at Molde in the Europa League on Thursday won’t have an effect on their condition either. Hoffenheim will be fresh and rested. I’m not under any illusions about us having an advantage in that regard,” asserted Kohfeldt.

The last meeting: Maximilian Eggestein’s opener after five minutes in the match-up earlier this season remains Werder’s fastest goal of the campaign. After starting the attack himself, the midfielder met Theodor Gebre Selassie’s cross with his weaker left foot and picked out the bottom corner. The visitors soon responded though, with Dennis Geiger’s goal in the 22nd minute providing the final 1-1 scoreline. 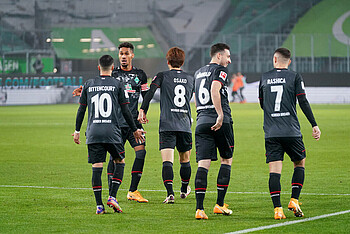 Similar territory: Hoffenheim have collected 23 points from their opening 21 Bundesliga games, with that tally only lower in two previous top-flight campaigns (2012/13 and 2015/16). TSG currently sit 12th, level on points with 11th-placed Werder. Despite the Green-Whites having a game in hand, they could put distance between themselves and Hoffenheim with a win on Sunday, something goalkeeper Jiri Pavlenka is keen on making happen: “The game in Hoffenheim is very important as we are direct rivals in the table. We have to get a result,” said Werder’s number one.

Green-White continuity: Florian Kohfeldt described his side’s latest run of results as a “small course correction”, particularly in terms of the football they are playing. Bremen are unbeaten in three Bundesliga games (W1, D2) and have lost just one of their last six matches. Hoffenheim, on the other hand, are without a win in their last three league fixtures (D1, L2). The Green-Whites will also fancy their chances in Sinsheim given TSG’s recent record at home, with just one win recorded from their last five matches on home turf