"We can’t give anything away"

Kevin Möhwald was a surprise absentee from the Union game last weekend as he missed out with illness. The 27-year-old’s presence was sorely missed against the side from the capital, as he has recently established a good partnership with Maximilian Eggestein in midfield and provides good stability in the centre. ‘Möh’ has recovered in time to join in with training from the off this week, though. “I can say that I’m in a good way personally,” said Möhwald at his virtual press conference on Tuesday.

As a reluctant spectator on Saturday afternoon, the game was a sobering experience for Möhwald. “It was bad from the beginning. We didn’t execute our plan and we just weren’t at it at all on the pitch.” The harsh criticism of the “total failure” against Union is therefore completely understandable, but Kevin Möhwald doesn’t believe that the side has an attitude problem. “We just didn’t perform on the day,” says the Green-White midfielder. “We are all disappointed by the performance because we expect more from ourselves than that.” Now it’s time to start improving, rather than judging the side based on the showing against Union. 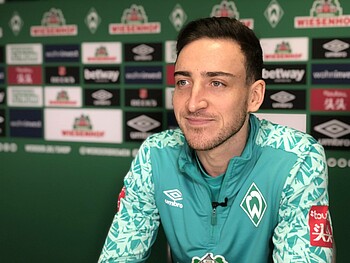 Möhwald nevertheless takes positives from the season so far. “We have been competitive in all of our games so far. We had a chance in every game except the one against Hertha,” said the 27-year-old, whose point was backed up by the wins against Mainz and Hannover before Christmas. “At the weekend we were lucky that all of our direct competitors lost,” said Möhwald of the Bundesliga table. “It was clear before the season that things weren’t going to be easy.” That doesn’t mean that the squad isn’t dealing with the pressure of the current situation, because that pressure “is always there” according to Möhwald.

Towards the end of 2020, Kevin Möhwald convinced with his improved performances. Now he wants to take on a more important role within the team: “The period before Christmas was definitely a stress test in a way, and I came through it well,” he says with confidence. Although he still isn’t back to 100% fitness after his long injury lay-off last season, Möhwald reckons that he is on the right track and should soon be ready to feature for 90 minutes. “I have shown that I can be a goal threat, that I’m secure in possession and can pass it well. That’s what I want to bring to the team,” says the 27-year-old, who still needs to work on the physical side of his game in order to better help the team. Möhwald also wants to improve his leadership qualities: “I am naturally the kind of guy who gives orders, but in terms of leadership I’m not where I want to be. But I’m feel better with every game.” 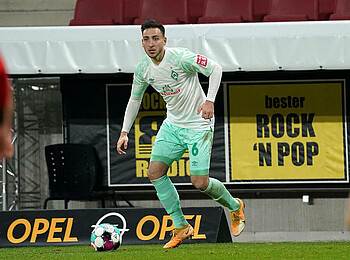 Kevin Möhwald will be looking to help the team again against Leverkusen (photo: nordphoto).

The return of Davie Selke and Niclas Füllkrug to the matchday squad is also a cause for optimism for Möhwald. “Davie and Fülle are important players for us and bring a lot of qualities with them, particularly their physicality.” In addition to this, Milot Rashica trained with the squad again today, making it a training session with almost full attendance. Only club captain Niklas Moisander sat out due to a problem with his ankle. Despite this good news however, it is doubtful whether Rashica will be fit for the tough game against Bayer Leverkusen (Saturday 9th January, 15:30 CET). Florian Kohfeldt has suggested that the Kosovan could return for the next home game against Augsburg (Saturday 16th January, 15:30 CET).

Möhwald knows that an improvement in performance is undoubtedly required for the clash against Leverkusen. “It’s simply a case of having the ambition to score in every game, even against tough opponents,” says the midfielder. “We have to be performing at our maximum capacity.” Werder’s number 6 is likely to be back in the squad for the weekend’s game and will be looking to help the team get a better result than last weekend with his qualities. “All of the boys are looking to bounce back and respond to the last match,” Möhwald finishes, looking forward to the game on the Rhine.