Cups and championships – title years along the Weser 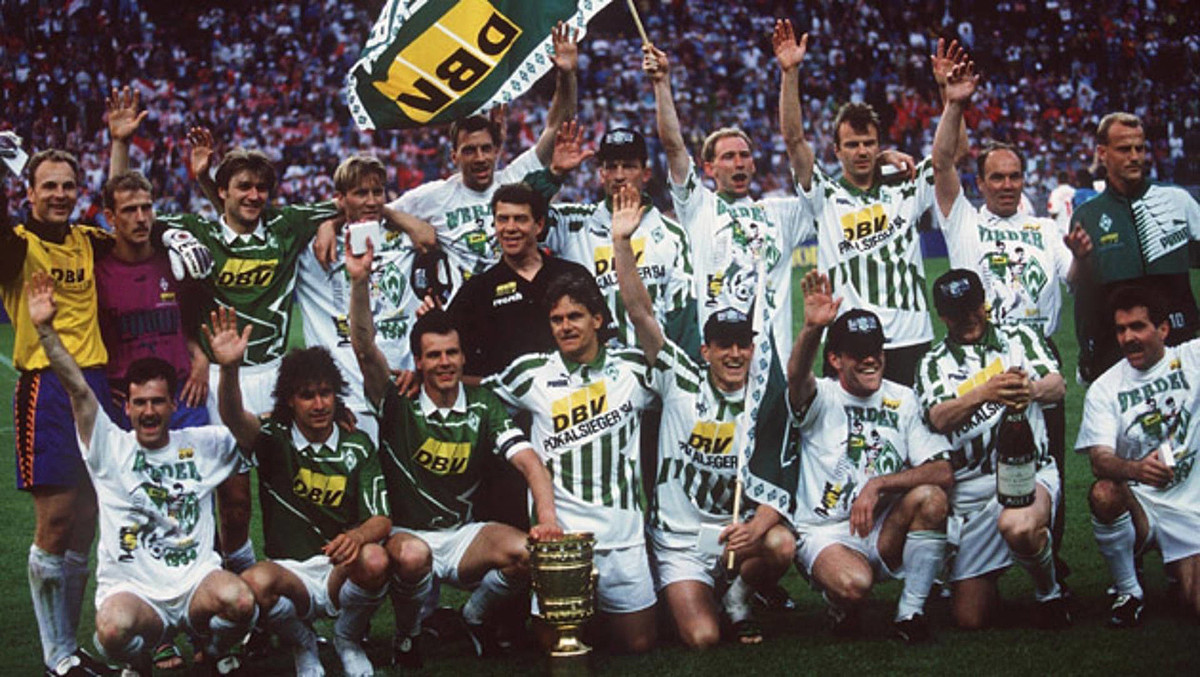 In the same year, Werder reached the semi-finals of the UEFA Cup (losing against Leverkusen) and the German Cup (loss against Frankfurt). But the wait for a Cup or European crown would not be long. Otto Rehhagel's team and their successful "controlled offence" reached the German Cup final in 1989 and 1990 before winning the cup in 1991 with a victory in penalties against 1. FC Köln.

Werder showed their European prowess in the 1990-91 season as they eliminated the superstar team SSC Napoli in the UEFA Cup after two spectacular games (see extra story). But Bremen hoisted the European Cup Winners Cup trophy from the 1991-92 season as Klaus Allofs put Bremen in the lead in the final against AS Monaco in Lisbon. Wynton Rufer finished off the game to make it 2-0 and a European crown after previously knocking out teams like Galatasaray and Club Brugge KV.

The next championship and the Champions League premiere

Werder celebrated their next title in 1993, hoisting the championship plate for the third time in club history. Wynton Rufer, Mario Basler and the Austrian Andy Herzog guided the Green-Whites to the crown. The title also meant qualification for the newly founded Champions League. Werder Bremen were the first German team in the group stage during the 1993-94 season though they were eliminated there against the likes of eventual winners AC Milan.

In the same season, Werder once again collected the German Cup hardware though they lost their grasp on the league title with late season losses against Schalke and Bayern Munich. It also turned out to be the last year in Bremen for coach Otto Rehhagel, who moved to record champions Bayern Munich. His departure ended Bremen's long successful run and brought on a transition phase of re-organisation along the Weser.

When Werder brought SSC Napoli to their knees
A green miracle