Promotion and begin of Rehhagel era

The 1980s began for SV Werder Bremen in the second division. The northern Germans had to play in the second league for the first time in club history after finishing in 17th place a season earlier. But Bremen would not stay down long as coach Kuno Klötzer, who had to step down shortly before the end of the season for health reasons, and his successor Otto Rehhagel led the team from the Weser straight back to the Bundesliga in 1981. It was the start of a tremendously successful era. Together with manager Willi Lemke, coach Otto Rehhagel put together a team that would become one of the best in Germany and later in Europe - and rise up to become the top challenger of Bayern Munich.

Erwin Kostedde, who had scored 29 goals in leading Bremen back to the Bundesliga in 1981, left the club before the 1982-83 season for French side Stade Laval. But the replacement goal scorer was quickly found as a certain Rudi Völler transferred to the banks of the Weser as the freshly-crowned leading scorer of the second division. Völler developed into internationally acclaimed striker alongside the likes of Norbert Meier, Frank Ordenewitz, Thomas Schaaf, Johnny Otten, Benno Möhlmann, Manfred Burgsmüller, Frank Neubarth and Dieter Burdenski. 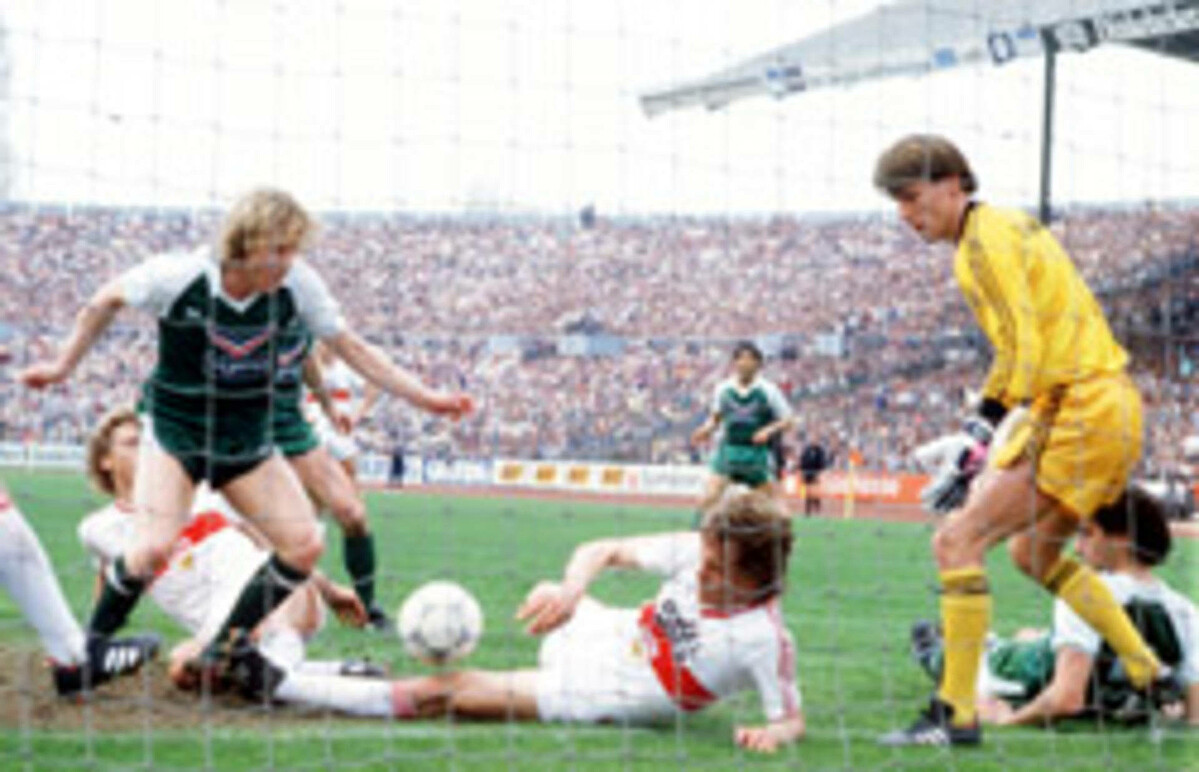 Bremen started their push towards the top directly after re-promotion in 1981 as relegation would not be an issue for years to come. Just the opposite. After returning to the Bundesliga, Rehhagel guided Werder to top five finishes for six straight seasons. But the club was unable to celebrate a title during that time though they finished runners-up in 1983, 1985 and 1986. In 1983 and 1986, only a poorer goal difference kept the Green-Whites from the title - in 1983 losing to Hamburg and 1986 to Bayern Munich.

During the 1985-86 season, the Green-Whites had three chances to prematurely finish things off for good. With three games left, Michael Kutzop's penalty struck the post against Borussia Mönchengladbach after hitting all of his previous spot kicks. After a 0-0 draw against eventual champions Bayern the next week, Bremen missed a final chance on the final game day, losing against Stuttgart 2-1 even though a draw would have clinched the championship. Munich moved past Werder to the top of the table and collect the hardware. But Werder Bremen would not have to pout too long as a championship was soon to come.

Uwe Reinder's throw-in goal - Pfaff is flabbergasted
One of the first Asians in the Bundesliga: Yasuhiko Okudera