Going into the 1971-72 season, SV Werder did not just change their outfit but also freshened up their team with a number of new faces. Instead of their traditional Green-White, SV Werder Bremen played in their so-called "Bacon flag jerseys". The Bremen city colours decorated the shirt and instead of the Werder "W" the Bremen city key was on the chest of the lengthwise red-white striped jerseys. From this moment on the team promoted the city of Bremen in some manner. In cooperation with the city and the Bremen economy, the club's financial situation improved. Debt was waived and the club took share in Weser Stadium with the profits from advertising.

Without really having to watch their money, a number of stars were brought to the banks of the Weser for the 1971-72 season. Players such as Willi Neuberger, Herbert Laumen and Werner "Acker" Weist sported the Bremen shirt. Even Günter Netzer was supposed to and wanted to transfer to Bremen but the club could not agree to his additional demand of marketing the Werder stadium magazine Werder Echo. That left the player with the long mane in Mönchengladbach.

With "Bacon Flag" and star ensemble 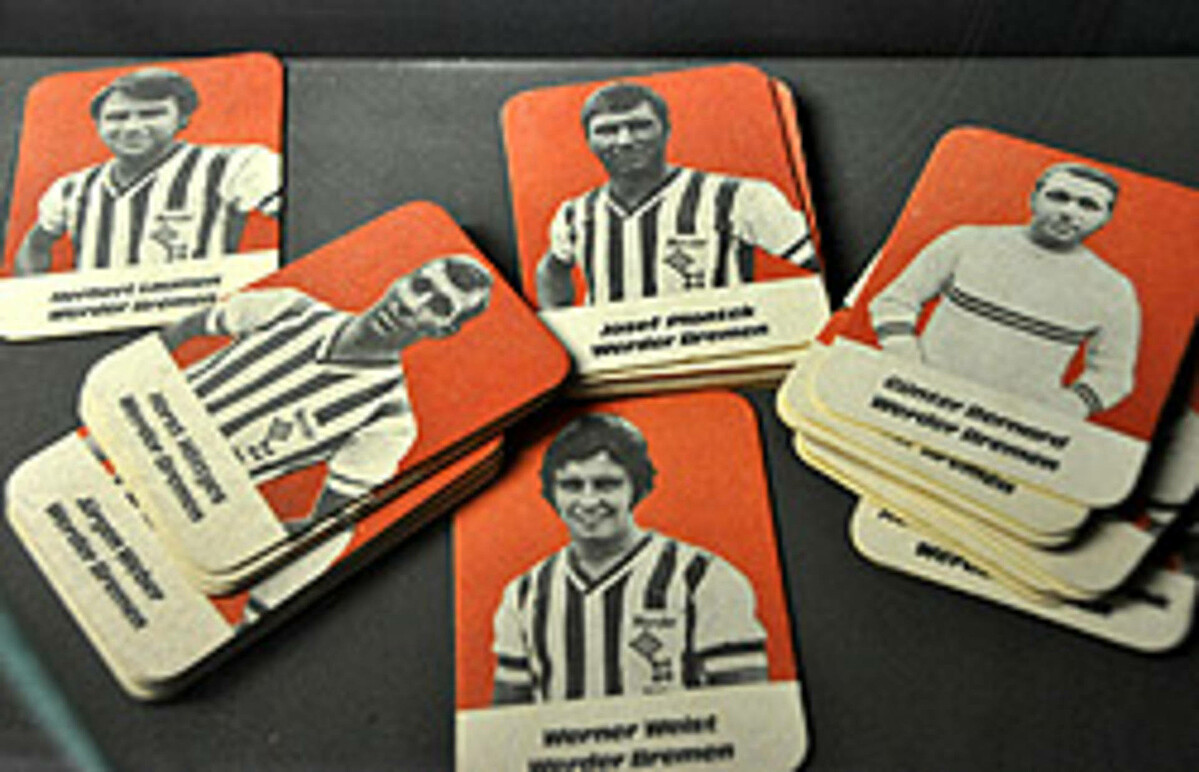 But the big project of using a lot of money to push Werder to the top of the Bundesliga did not succeed. The Bremen group of stars did not function as they should have and Werder ended the season, which saw six different coaches on the Bremen bench, in a disappointing 11th place. And the finishes did not improve in the coming years as middle-of-the-pack placings became the norm. The negative highlight came in the 1979-80 season as Bremen, who had since returned to their original club colours Green and White, ended in 17th place and were relegated to the second division.