From the Oberliga division to the Bundesliga 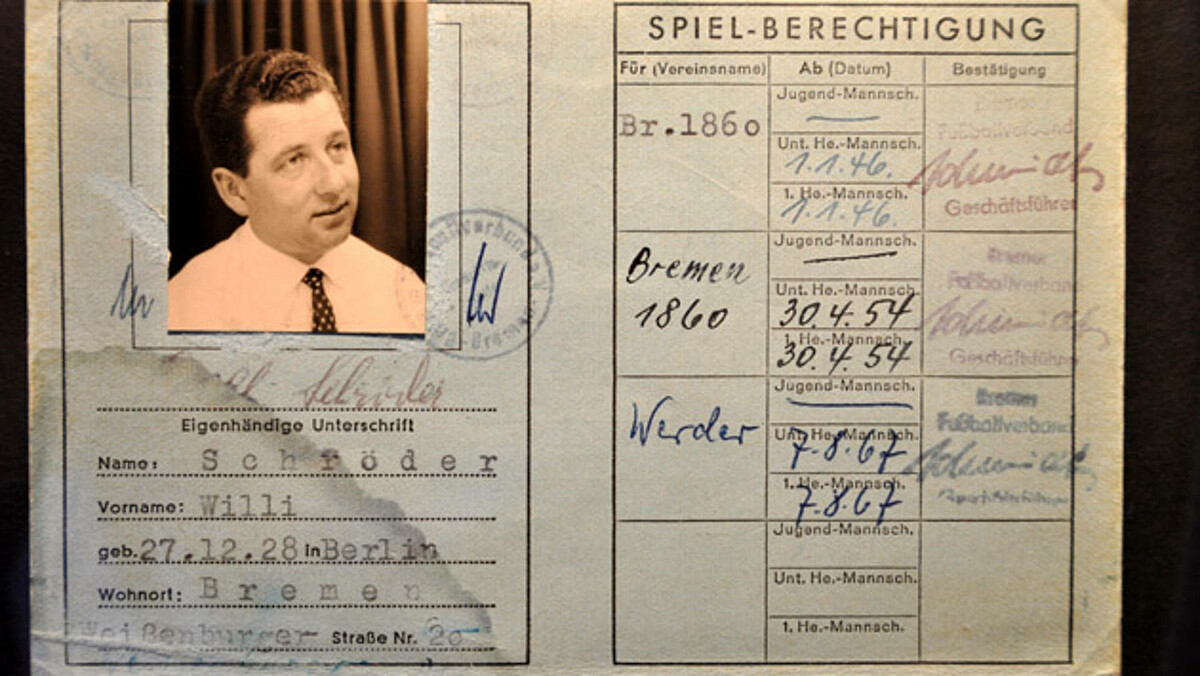 A Players passport years ago.

Starting in 1947-48, Werder were in the Oberliga Nord division. Characteristic for any team after World War II was the fact that they would beat a supposedly stronger team once but then often lose often against weaker teams. That resulted in Werder receiving the nickname "Sphinx of the North". The Bremen side did not really have to worry at all about being the number one team in the north. Hamburger SV owned that title securely, winning the Oberliga Nord crown 15 times alone before the founding of the Bundesliga. Werder at this time was busier with challenging Bremer SV and Bremerhaven 83 for the status as No.1 in Bremen. Werder finally won the overhand starting around 1958 with the signing of former German A-international Georg Knöpfle as head coach. That led to players like Helmut Schimeczek and Willi Schröder heading to the banks of the Weser instead of the Elbe River banks.

Between 1959 and 1963, SVW finished runners-up each year in the Oberliga Nord and in the end qualified for the newly-founded Bundesliga along with Eintracht Braunschweig and Hamburger SV for the league's first season in 1963-64. That makes Werder one of the founding members of one of the best leagues in the world.

Many Werder players from the post-war teams worked additionally for an American tobacco company since the former earnings limit of 320 marks was not enough to live on. Due to this, Werder's footballers were nicknamed the "Texas Eleven".

Werder Bremen's first German Cup title came in the post-war years in 1961. Players such as "Sepp" Piontek and "Pico" Schütz helped Werder to a 2-0 victory in the final over Kaiserslautern at the Gelsenkirchen Glückauf-Kampfbahn. Schröder and Jagielski scored the goals for Werder.